I was involved as an Architect Assistant on the project of Russian Copper Company Pavilion creation.

The main feature of three-storey building is a kinetic facade which was created using more than 3000 servomotors for moving each triangle on a panelled surface. Design and the content of the Pavilion was created by a group of professionals from Designmarkgroup and Hüttinger. 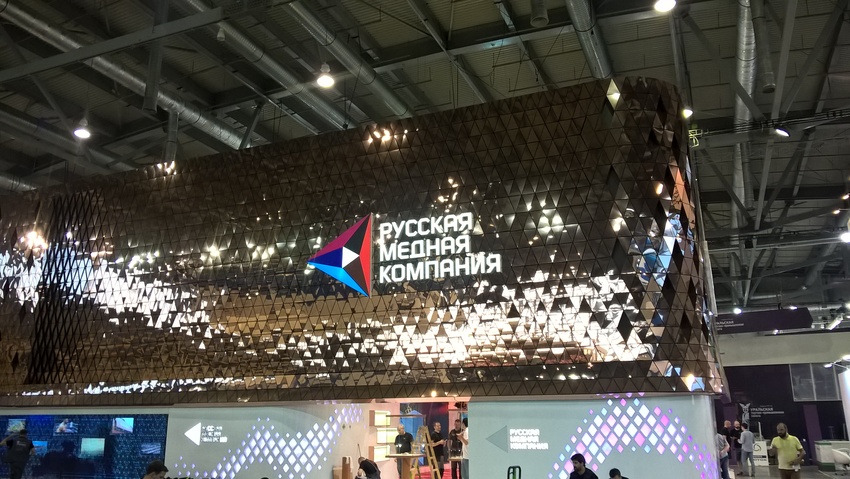 The implementation period for this project took 4 months. Final design has been settled almost 10 months before the start. The time needed for assembly of a structure was about 3 weeks. It took 425 hours of work for a team of 228 technicians, architects, designers engineers and managers to complete the 425 sq.m structure on time. 308 tons of materials have been delivered by 38 trucks and used for an assembly. 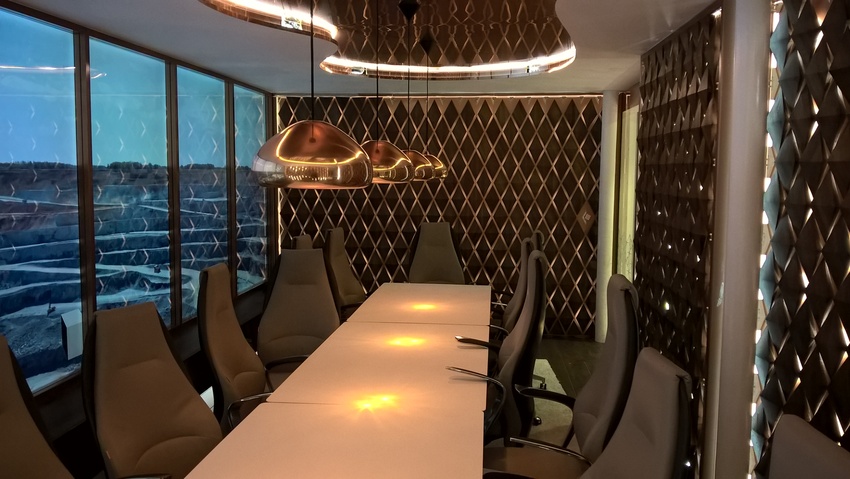 There were 3600 kinetic triangles (each one operated by a servomotor) were split into clusters and through Arduino boards managed using Unity. Some functions could be controlled using Grasshopper.

Internal part has been focused on company’s corporate colors and materials. Designers created spaces which are now used in RCC Headquarter Building in Ekaterinburg. 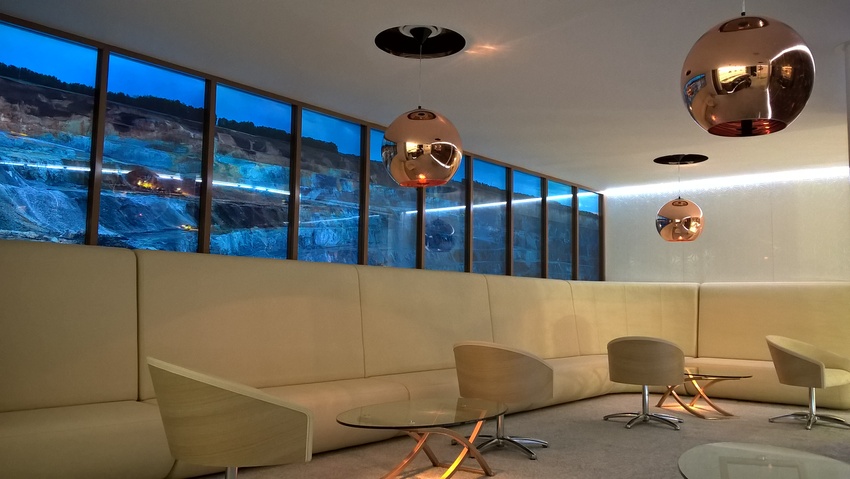 In the meeting rooms a system of FullHD monitors and Kinect has been used. It allowed to create views from several field offices of a company (pictures from there were taken before). Kinect allowed to create a parallax effect for a person approaching this artificial 'window'. 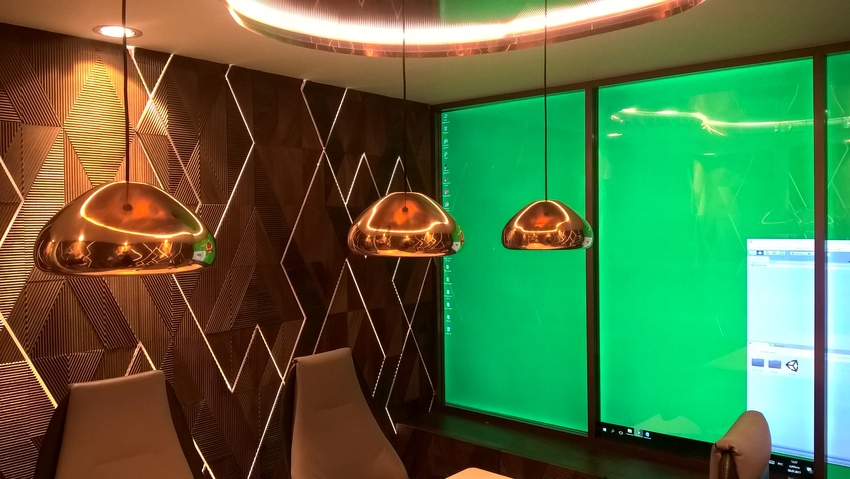 During the exhibition itself, out Pavilion became the most popular among visitors, hosted company's important negotiations and was visited by many of Innoprom VIP guests including several Russian Ministers and President Vladimir Putin. 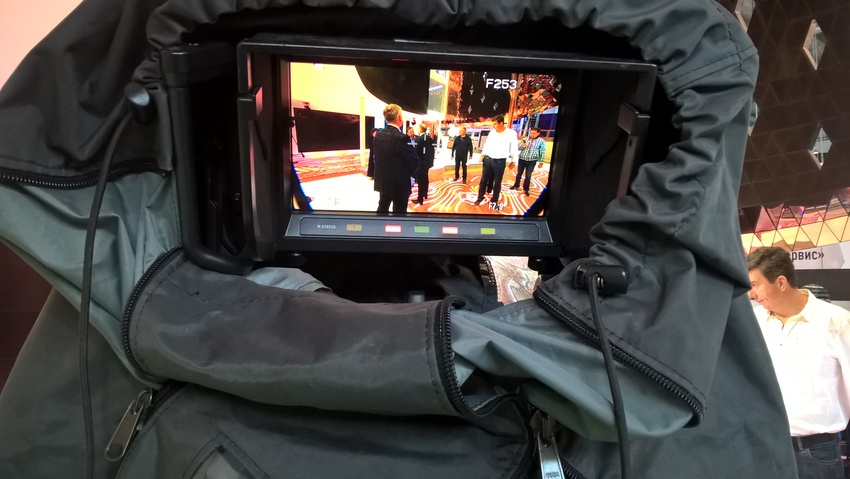