The project was a foundation for my Bachelor Thesis. I completed it during my last semester at TU Munich.

In this project, a model representing a complex of buildings on the site of the BMW Research Centre has been created. The main goal was to optimize the design and technical drawings created by an architectural studio HENN Architekten in Berlin. 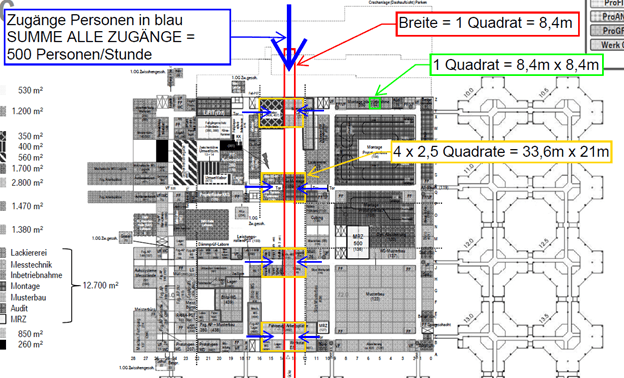 There were several options of design tested in the model and after evaluation of each one, the best combination of variants has been taken for a final optimization proposal. I created the model during the internship in Ossenberg-Engels Concepts & Consulting in the frame of “people, process & places” program.

Here is a rough representation of companies, which were working on the project at the moment. 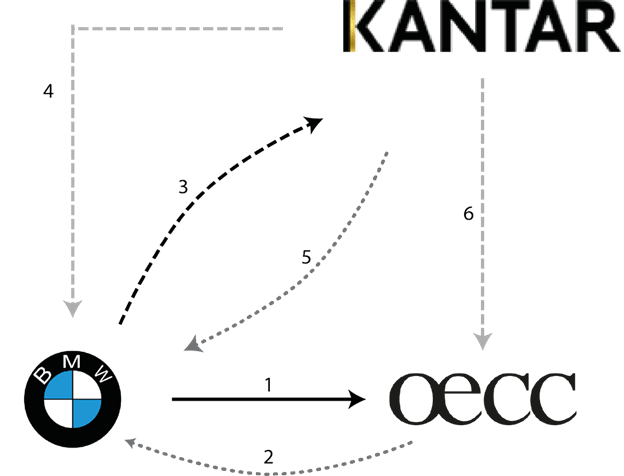 Solution that I proposed to take a look on usage of spaces was a multi-agent simulation model. The layout options differed in spatial, functional and zonal solutions. Each could be combined with others and differed in the cost of implementation. The task of the model was to determine the most suitable combination of parameters according to functional-price criteria. 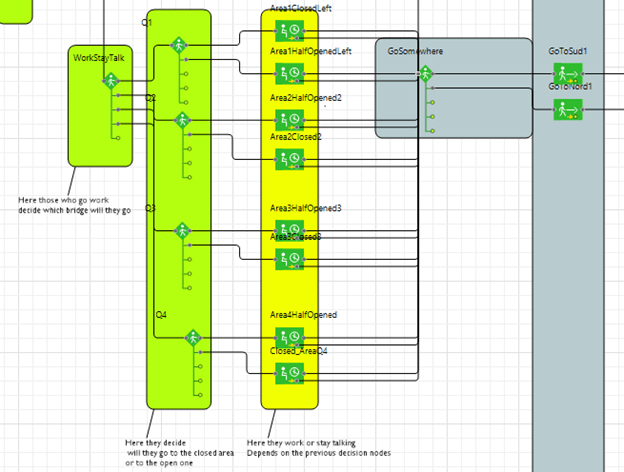 To solve the problem, results of an internal system study were taken, namely: the number of employees, the working hours of employees, the work schedule of employees, the intensity of employee movement, the options for moving employees around the building, the average time of employment of the workplace, the number of visitors to retail outlets and toilets, organization of emergency exits, escape routes in the event of a fire alarm. Data was collected by a third-party organization. The most suitable combinations of redevelopment options for the customer have been identified. Data on the use of the internal space of the object has been obtained. A report and heat maps of the facility usage were created. 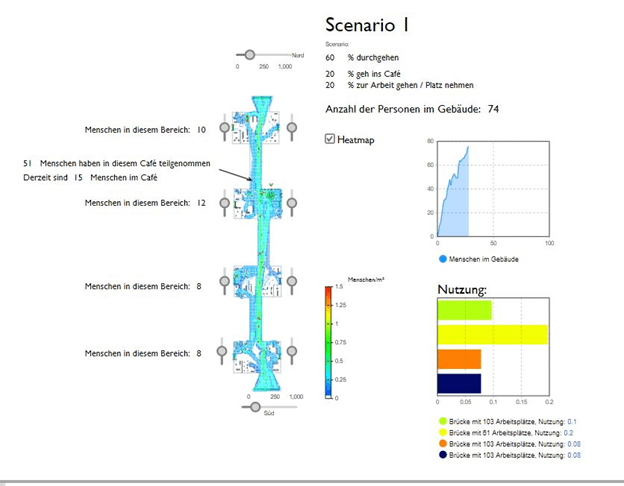 The optimal number of workplaces and retail outlets-attractors and their location are calculated. The analysis of several scenarios of the use of the premises, including the evacuation of premises, was carried out. The model is implemented in AnyLogic using agent-based and process-based approaches. 'GUI' has been written using a bit of Java.

The simulation results are accepted and accredited by the customer. Planning solutions were finalized using the information received.

You can find a publication of this work (in Russian) here.